More stats about how people play Winds Of Trade!

Hello everyone! We're happy to announce the new 1.3 update is now live! This update includes the following new features and fixes:New Jumbo Size Maps: This is one of the features our players requested the most. And we are always listening! You will be able to continue playing in the 'normal' size maps, but you also will be able to start new games in the new 'jumbo' size maps, that have 125% more surface area than the 'normal' ones. Also, more countries and more cities provide experienced players with a more challenging and vastly improved experience.
Autosave: This was another feature that lots of people asked for, and it's finally here! If you go to the options menu and enable the "autosave" checkbox the game will be automatically saved every three months of game play. Neat, eh?
Performance Improvements: We've also been working hard in some performance improvements to the supply/demand and prices simulation. Now it runs three times faster t…
Publicar un comentario
Leer más

Preview Of The 1.3 Update 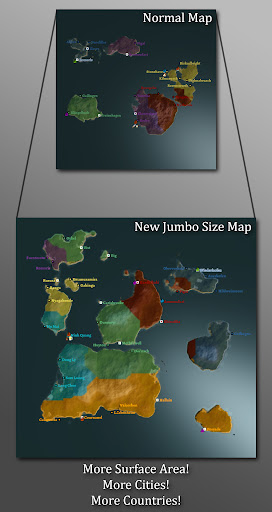 If everything goes according to plan, version 1.3 will be released on Thursday (May 25). We've already finished coding the new features and several improvements and are currently testing. Here's a quick overview of the things you will be able to find in the game once the patch is released:
Jumbo Size Maps This is one of the features our players requested the most. And we are always listening! You will be able to continue playing in the 'normal' size maps, but you also will be able to start new games in the new 'jumbo' size maps, that have 125% more surface area than the 'normal' ones. Also, more countries and more cities provide experienced players with a more challenging and vastly improved experience.


Performance Improvements We've also been working hard in some performance improvements to the supply/demand and prices simulation. Now it runs three times faster than it used to! This was crucial in order to keep the simulation running at a decent sp…
Publicar un comentario
Leer más

Hello everyone! Just wanted to let you know that the next release of Winds Of Trade is going to include a new "Jumbo" map size. Many of you have been asking for bigger maps, with more cities, more countries and more business possibilities... So we're going to deliver just that!

It's still being tested and not ready to be released yet, but we're confident we can fix the remaining issues (mainly performance ones) and ship this exciting feature in the next update!

Some of the things that will be included in the next two updates, besides bigger maps, are:

Autosave.Adjustments to how supply, demand and prices work in order to make it more realistic.Take over competitors' companies.Make decisions over how production buildings work once you've acquired more than 50% of their shares in the market.UI Improvements, such as showing warehouse contents and the ability to filter by a specific industry in the Cities List.More interesting revenges and sabotages when you f…
Publicar un comentario
Leer más

Some stats about the game

Hello everyone! We're happy to announce that the new 1.2 update has been released! Here are the changes this update brings:New advanced tutorial that gives you an overview on buying ships, smuggling, accepting contracts and more.
Four new resources to trade: Gold Ore, Gold, Ivory and Jewelry.
Captains now acquire experience when sailing and when attacking enemy ships, so their skills will increase as time passes, but their salary remains the same! :)
Captains now have a small chance of dying in battle.
New design for the loading screen.
Clicking on the active contracts tooltip now opens the contracts window.
Fixed bug that sometimes caused the city details tooltip to be in the wrong position.
Small improvements to some texts to make them easier to understand.Now starts the road towards v1.2.2, which will include some minor fixes and improvements and then towards v1.3, an exciting update that will add several new features!
Publicar un comentario
Leer más 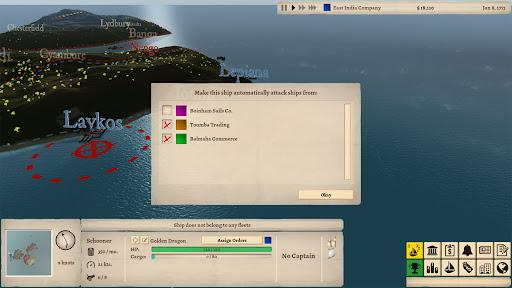 It's finally here! The new version of WoT is now available and brings a ton of exciting new features!
Main FeaturesAttack competitors' ships: Now you can attack your competitors to damage their net worth and steal their goods, and you can even give your ships orders to blockade a port. But be careful, doing so will severely damage your company's reputation!

Fleets: Now you can assemble fleets with several ships and then assign orders to all of them and once, even automatic trading routes.


Bribes: Now you can send expensive and luxurious gifts to rulers in order to improve the relationship with them. 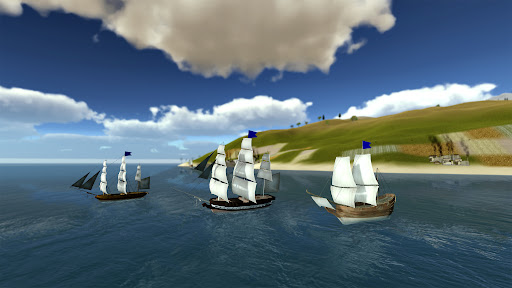 Winds Of Trade originally launched with a total of eight ship types: Brig, Schooner, Galleon, Bermuda Sloop, Xebec, East Indiaman, Frigate and Ship of the Line. Of course, the glorious Age Of Sail was a period that featured many more sailing ship types, so in the next update of Winds Of Trade we're going to do something about it!Also, as we mentioned in a previous article, the next version of the game will allow players to attack competitors' ships and will also let them assemble many ships into a fleet that will operate as a single entity, with all its ships sticking together.. So we are also trying to focus on adding new ship types that will help players make the most of those features.Without further ado here they are:FluytThe Fluyt is a Dutch sailing cargo vessel designed in the 16th century with the purpose of being able to transport as much cargo as possible with minimum operating costs. Fluyts were often unarmed in order to maximize the cargo capacity. We felt the Fluyt…
Publicar un comentario
Leer más 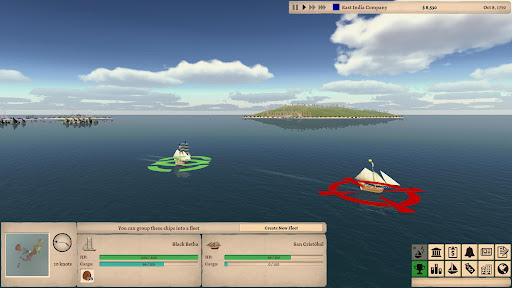 The next big update for Winds Of Trade is going to include some pretty interesting and exciting features. Without further ado we are going to cover some of them:
Attack Your Competitors Now you will be allowed to attack your competitors ships. This will be particularly useful in the "Conquest" game mode, in which you achieve victory once you've sent all of your opponents to bankruptcy. Attacking ships will, nonetheless, deteriorate the relationship of your company with most governments and if you keep insisting their navies will come to stop you! Here is a short video explaining how this new game mechanic works:

Assemble Fleets One of the things that players wanted the most is to be able to assemble some of your ships into a fleet and assigning it an automatic trading route. Well, after the next update is released, that's exactly what they are going to get! This new feature opens a world of possibilities. Now you can, for example, have your vulnerable cargo ships be …
Publicar un comentario
Leer más 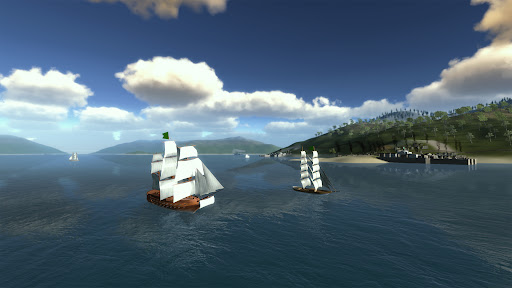 The Past Winds Of Trade was released on Steam on February 13th. Since that first public version the game has been updated six times, receiving numerous UI upgrades, bug fixes and performance improvements. There were also some small cosmetic fixes that make the game more pleasing to the eye.
Some changes to the sky rendering system made the game more aesthetically pleasing.
For example, the game originally launched with no tutorials, as we believed it would be interesting and fun for the player to explore the game on their own. We were wrong, as the result was a steep learning curve that turned to frustration. It's our first title, so we still have a lot to learn. But the important thing is that we are 100% commited to make Winds Of Trade the best game we can possibly make.

The addition of a Battle Tutorial helps players understand how the turn-based battle system works.
Six updates later and the game is more stable, easier to play and more enjoyable than ever before. In these past …
Publicar un comentario
Leer más

After two years and three months in the making, I have finally released my very first game on Steam. It's been an incredibly hard process and at times I thought I was not going to make it, but it was a process in which I've learnt a lot of things, not only about programming but also about marketing, brand building, social networking and much more.
You can get it here:

We have a release date! 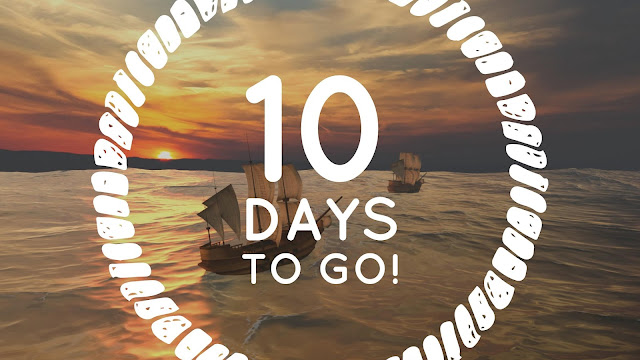 Hello everyone! Just wanted to let you all know the game will be available on Steam from February 13, 2017. Stay tuned, only 10 days to go!