Working on the battle system 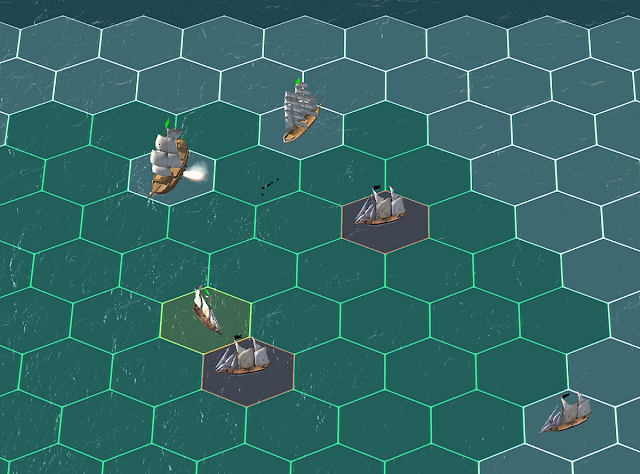 With the release of the 0.6 version of Winds of Trade, most of the business simulation and economic models of the game were pretty much finished. So I decided it was time to start working on a whole different aspect of the game: combat. I knew I wanted it to be turn-based instead of real-time, in order to provide two completely different gameplay experiences to the player. I also knew I wanted it to be based in an hexagonal grid. So the end result turned up to be something quite similar to the battle system of games such as Heroes of Might and Magic III. This is what a very early version of the combat screen looked like After doing all of the basic stuff, like implementing the hex grid itself, an incredibly simple AI and allowing the player to move their own ships I started working with a good friend of mine on some visual improvements and UI stuff. The main objective was to make it look like a game that was not released in the 90s. A lot better! :) Then, I started to fo
2 comentarios
Leer más
Más entradas