How I implemented save/load in WoT: A Serialization Nightmare

marzo 31, 2015
In every game dev project there comes a time when you have to face a technical challenge you don't like at all. For some people it's AI, for some others it's pathfinding and for me it's serialization. Let me explain a bit: I come from a web back-end development background, so persisting stuff is, by now, part of my very nature. But working for almost 10 years with databases (relational or otherwise) saving the whole state of a game in a single file via serialization sounds like a nightmare to me.

Naturally, the very first thing I did was take a look at the C# serialization classes and hope that everything would be solved immediately. After reading some tutorials and articles about it, it sounded like the perfect solution. 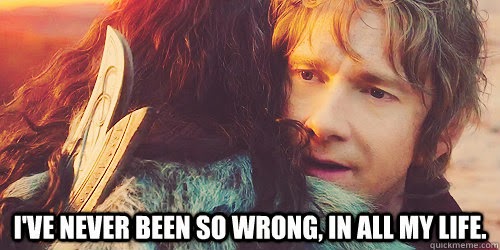 That did not last, though. I quickly ran into issues, though: It seems that some of the Unity classes that we hold near and dear to our hearts - like Vector3, Quaternion and Color - do not implement the Serializable attribute that C# requires in order to be able to work its magic. It also turns out that Unity really dislikes serialization cycles, and my model classes are full of those.

A quick example:
A City may have a Shipyard that has a backlog of several ShipBeingBuilt where each one belongs to a Company who has in its power a list with PriceInformation of every City. Yikes!

Going in the right direction

After deciding that the built-in serialization tools were going to be a pain in the butt and require lots of changes in order to solve my problem I started taking a look at third-party tools. I quickly came across this one, that is, honestly, a masterpiece: Unity Level Serializer.

What does Unity Level Serializer do? Exactly what the name suggests: it takes all of the entities that you mark with the StoreInformation component and persists them, including their components, their meshes, their materials, their animations and anything else you can possibly imagine.

So I immediately started adding the StoreInformation component to all of my cities and ships, but that didn't prove to be very effective: the resulting saved game file was pretty big and it took the serializer a long time to go through all of my objects. I was definitely saving a lot of data I didn't need: to be honest, I only need to preserve my model data (ships, cities, companies, and so on) in order to reconstruct the game status after loading.

So, it looked like it was time to do some micromanagement on the way the UnitySerializer persists stuff. I went ahead and changed things: I removed the StoreInformation component from all of my objects and created a new script (cleverly named SavedGame) to contain all of the information I needed to restore the game status upon loading. It looked something like this:

That worked like a charm almost immediately, even though I had to do some refactoring in order to make things a bit tidier and make sure every single class I had in my model could be serialized easily and contained to references to things I did not want to persist.

Implementing the load game feature wasn't hard after this. It was just a matter of putting all of those objects in the places where they belong and instantiate prefabs for cities and ships.

Terrain data can take a lot of space

First thing I noticed after having this working was that it was taking up a lot of disk space, something like 250 megabytes. I'd say that, even though storage is incredibly cheap and abundant nowadays, it's unacceptable for a saved game to take so much space.

The culprits were easy to identify: I was saving all of the terrain height data, ground texture alpha maps and the position, type and color of every single tree in the world. The solution was quite easy, though: replace those 200+ megabytes of data with a single int: the seed that the terrain generator used in order to create the world.

So, now when the user loads a game I simply run the terrain generation algorithm again using the world seed and then populate it with the cities, ships, companies and all of the things that make the game, well, a game.

It looks all so simple now that it's done, but it was an almost three week long nightmare fighting against serialization. There are a few things that I could have done better in order to make things easier for future (now past) me, though:
development gamedev in-depth screenshots unity videogames