marzo 17, 2015
Sometimes as a game developer you don't feel like working in the really important stuff. Sometimes you simply want to spend hours obsessed on getting some small detail right that doesn't add a lot to gameplay but you do it anyway because it's fun to implement it. That was exactly the case yesterday, when I decided to implement a cloud layer when you zoom out in the map. The final result is something like this:

 
So, here is how I faced this pretty useless task.

The first thing I did was open Photoshop and generate a few different cloud textures. In order to accomplish this I used the "render -> clouds" option and then put a mask in front of it where I drew random shapes and then applied some gaussian blur. The end result is something like this: 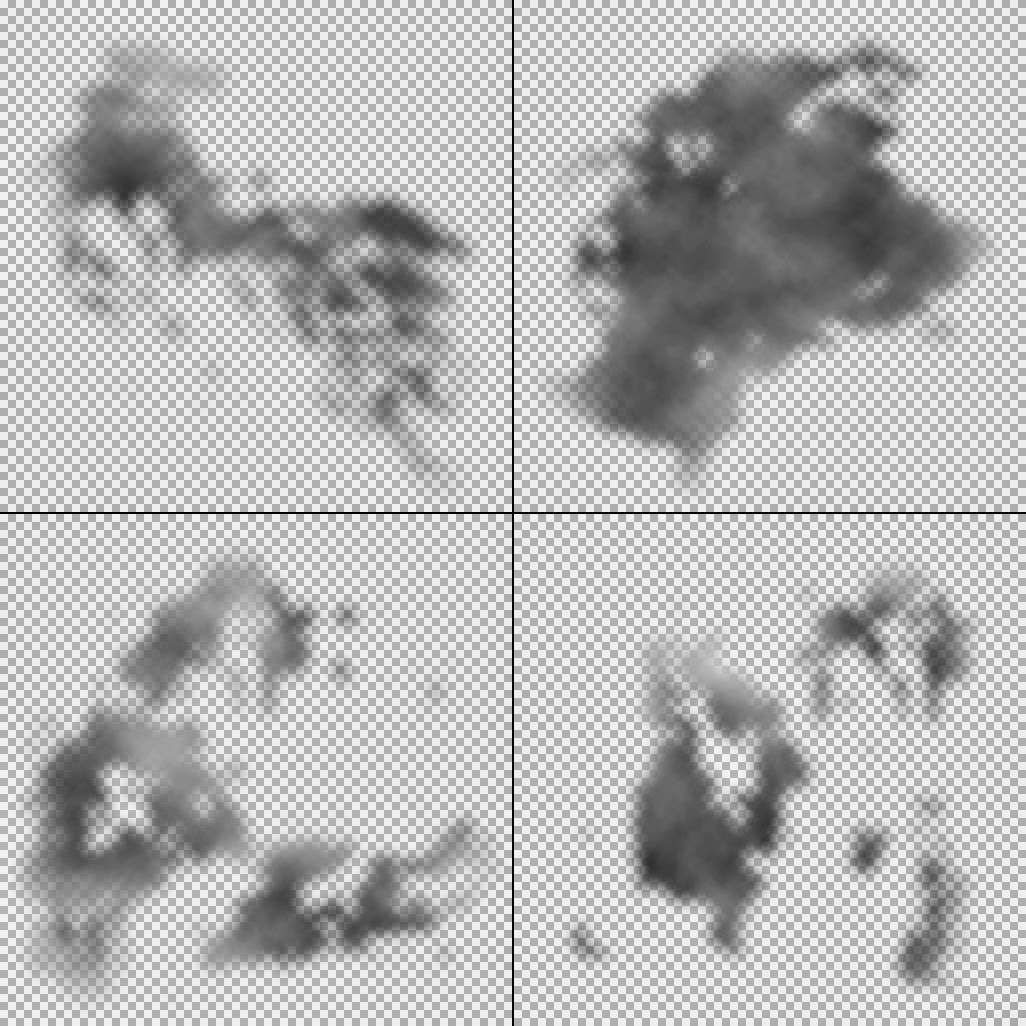 The next thing, after importing the textures in Unity, was to build a cloud prefab. I don't need volumetric clouds for this game - after all, they will only be seen when you zoom out over them with the camera looking almost straight down. So the decision was simple: the clouds are simply going to be a plane mesh with the cloud texture and the Particles/Alpha Blended shader. I also added a small script that handles the movement of the clouds in accordance with the wind direction and speed.

I also added a very small CloudController class that generates a few clouds (each with a random texture) in random places and if some of them gets too far away from the map it gets removed and replaced with a new one. Here is the code of the CloudController, in case you are wondering about it:

And that's it! I think the end result is pretty nice and with very little effort! Now, onwards to spend time in more useful features of the game! :)
development gamedev in-depth indie screenshots unity videogames videos